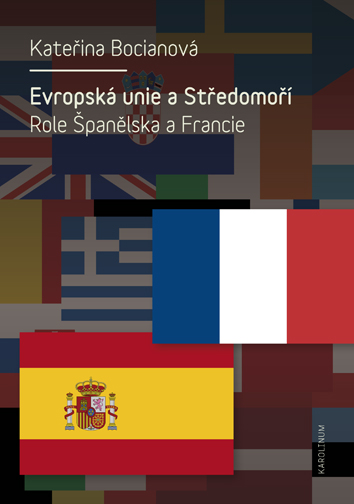 [European Union and the Mediterranean. The role of Spain and France]

This monograph analyzes the development of the Euro-Mediterranean policy from 2006 to the present day. It examines recently established institutions such as the Union for the Mediterranean, the European Neighbourhood Policy, changes in the institutional setting of the European foreign policy after the adoption of the Treaty of Lisbon, and finally, also the EU’s reaction to the Arab Spring and current economic crisis, which has significantly affected foreign relations. Based on theoretical specifications, when on the one hand the EU presents itself as a normative player (based on constructivist approaches), while on the other hand it follows its realistic interests, this work comes to the conclusion that the dilemma between the normative rhetoric and realistic pursuit of interests creates a European Union foreign policy that is considered inefficient and unreliable in the Mediterranean. The text subsequently analyzes and compares the approaches of France and Spain (whose interests pertain to the Mediterranean), which contribute to the creation and application of EU foreign policy in the region. Through the application of the Europeanization concept, the scholar arrives at the conclusion that despite the uniformly defined interests, different strategies are employed on the European level, which in turn can ensure an influential status in European institutions for a member state (in this case for Spain, in conjunction with a powerful France).

PhDr. Kateřina Bocianová, Ph.D., studied political science and international relations at the Faculty of Social Sciences, Charles University in Prague. She also graduated from the Diplomatic Academy at the Spanish Ministry of Foreign Affairs and Cooperation in Madrid. During her doctoral research she worked at the French Ministry of Foreign Affairs in Paris and many other European institutions (European Parliament, European Commission). Since 2014, she has been employed by the Ministry of the Foreign Affairs of the Czech Republic and since September 2015 she has been working at the Embassy of the Czech Republic in Madrid. She specializes in the European integration process and in the EU foreign and security policy, focusing specifically on its southern dimension.