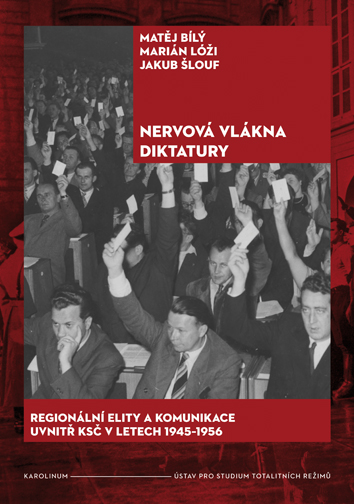 [Nerves of the dictatorship]

Based on extensive research in the regional archives, this monograph documents the establishment, consolidation and transformation of the Czechoslovak Communist Party using as an example four regional and eight district party organizations in Bohemia. The researched time period is limited by the end of World War II in May 1945, when the "national revolution” brought a large number of communists and their supporters to power in the regional governments, and by the second national conference of the Czech Communist Party in June 1956, a culmination of the first phase of the destalinization of Czechoslovakia. The book primarily focuses on the development of the regional and district party elites, relations between individual levels of the party hierarchy, internal party communication and the transformation of narratives which the Communist party attempted to use to legitimize its claim to power.