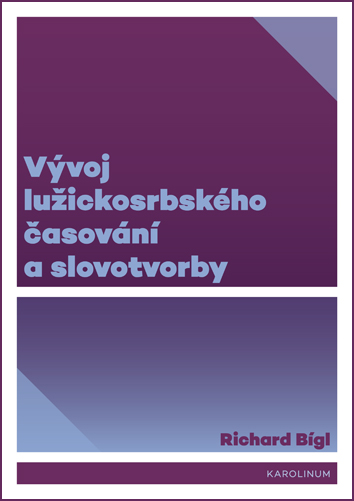 [The development of Lusatian conjugation and word formation]

Several years after the publication of the sections on declination and comparison, the second part of this historical Lusatian grammar book is now available for the professional public. The first half of the volume, conjugation, is based on standard Lusatian diachrony. Twenty-two paradigmatic tables with common verbs with frequently used irregular verbs as well as examples of regular verbs illustrate the inflection of Proto-Slavic, Old Sorbian and modern Sorbian verbs. Inflection includes a section on stem and its changes. The second half of the book on word formation is particularly interesting. Word formation in Lusatian studies has thus far been processed only from the synchronic viewpoint – however, for his interpretation, the scholar used existing Upper-Lusatian and Lower-Lusatian works, Slavonic publications and etymological dictionaries of individual Slavic languages. He significantly supplemented the book with several new Old-Sorbian sources. All historical documents are marked with page citations, which will offer future researchers easier orientation and the opportunity for their own interpretations of language phenomena.