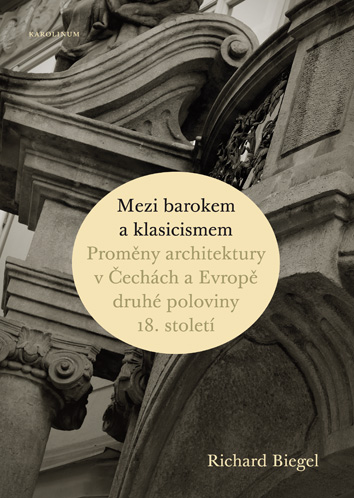 [Between the Baroque and Classicism. Transformations in Architecture in Bohemia and Europe in the Second Half of the 18th Century.]

This book, focusing on architecture of the second half of the 18th century, strives to present the architecture in Bohemia in the context of European architecture, without pre-determined stylistic categories and a need to follow their "national story". The book is divided into three parts: the first presents a reflection of this period in scholarly literature in the 20th and 21st centuries, the second treats European architecture and the third deals with the tendencies in and influences on Czech architecture. The scholar concentrates primarily on Prague between 1751 and 1790, a period between the death of Kilian Ignaz Dientzenhofer, marking the end of the "great baroque", and the death of Emperor Joseph II, presenting a wide range of types and ideas which refutes the deeply-rooted picture of this period as a time of decline.