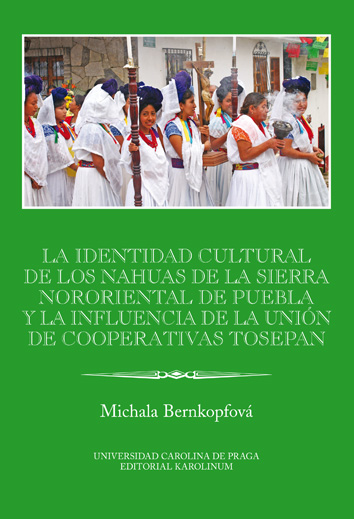 This work focuses on cultural identity of ethnic groups in the modern society of Mexico, examining its nature and substance, and the possibilities of its preservation. The main issue the scholar addresses concerns the ways the indigenous population could develop its culture in modern Mexican society and thus preserve their distinctiveness and identity. Bernkopfová presents a case study of Nahua communities inhabiting the territory of the North-Eastern Mountains in the Mexican state of Puebla and the influence of the Unión de Cooperativas Tosepan Titataniske, an organization active in this area, which tries to improve the standard of living and reinforce the cultural identity of the local villagers.