[44 Letters from the Liquid Modern World]

Our liquid modern world is not, just like all liquids, able to remain at rest and retain its shape for a long time. Everything, or almost everything, in it is constantly changing. And we, the inhabitants of this ever-changing world, feel the need to adapt to this world; we do this by being “flexible” and constantly ready to change as well. We want to know what is going on and what is likely to happen, but we are subjected to a flood of information which threatens to overwhelm us completely.
Nothing escapes in-depth scrutiny as vigorously as the ordinary things of everyday life that are hidden in the light of deceptive and misleading familiarity. To examine them carefully, they must first be torn out of this daily routine: what is apparently familiar must become strange. This is exactly what Zykmunt Bauman seeks to do in these 44 letters: each of them tells a story taken from everyday life, but in such a way as to show extraordinary aspects that we would otherwise tend to overlook.
Engaging, revealing, disturbing – such are these letters from Zygmunt Bauman, an analysis of our modern liquid world, written between 2008 and 2009 for readers of an Italian magazine.
Zygmunt Bauman (1925‒2017) is one of the most significant and most well-known social scientists of our time. He has written numerous essential books on modernity, the Holocaust, and the post-modern way of life.
He has been known to Czech readers thanks to the translations of his books as early as in the 1960’s, and in the mid-1990’s his translations began to be published again: from Reflections on Postmodern Times (published by Sociologické nakladatelství /SLON/ 1995) through Liquid Life (published by Pulchra, 2021), over 20 titles were published, many of them repeatedly. 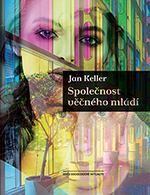