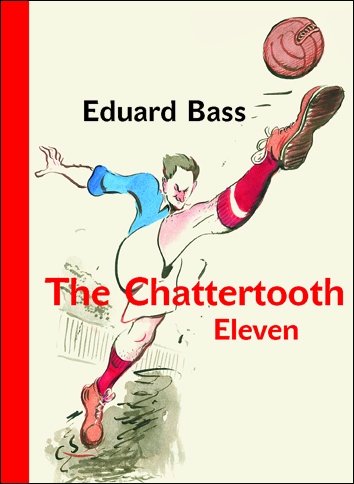 Eduard Bass' story from 1922, a classic of Czech literature, has been published in English (Karolinum 2008). The translation, distinctive for its creative and playful approach to Bass' language while being faithful to the original's style and the time of the story's conception, is a work by Ruby Hobling; the foreword was written by Mark Corner. One of the most famous works of Czech fiction, it relates the story of father Chattertooth, who brought up his eleven sons as a phenomenal soccer team. It can be read as a celebration of the spirit of fair play, tenaciousness and enthusiasm for sports as well as a slightly ironic story, making fun of the period's fascination with Czech soccer and alluding to events in the post-war society. It is no accident that the book garnered huge popularity among young and adult readers, was published more than thirty times and was put on film as early as in 1938. The English translation draws on the Czech version of Zdeněk Ziegler's design and with Jiří Grus' illustration, which won the Most Beautiful Book of Fiction Award at the Autumn Book Fair in Havlíčkův Brod in 2008.