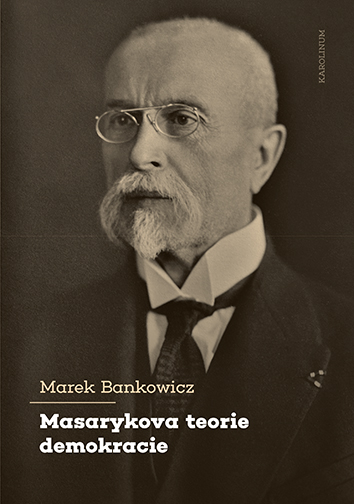 Tomáš G. Masaryk, in his actions and works, persistently and honestly tried to ensure that society was imbued with the principles of humanism, democracy and tolerance. For him, democracy was the destiny of humanity. To most concisely and accurately summarize Masaryk’s political heritage, we would have to say that he was a philosopher of democracy, a spokesman and believer in universalist democracy, because it encompassed not only politics, but also the entire social reality and on the ideological level it was to become a sort of new worldview.
This book is the first work that provides a comprehensive analysis of Masaryk’s theory of democracy. It contains Masaryk’s conception of democracy as humanity, and examines his conception of non-political politics. It also pays attention to “titanism”, or Masaryk’s penetrating analysis and criticism of the enemies of democracy. Masaryk was not only a theorist, but also a practitioner of democracy; for this reason, attention is paid to the “Masarykism” of the Masaryk Republic, i.e., the question of to what extent the democracy of the Czechoslovak Republic corresponded to Masaryk’s theoretical foundations.
Marek Bankowicz (1960) is a professor of political studies at the Faculty of International and Political Studies of the Jagellonian University in Kraków. He is interested in democratic and non-democratic regimes. He also deals with political ideologies, specifically those that are the basis for the establishment of dictatorships.