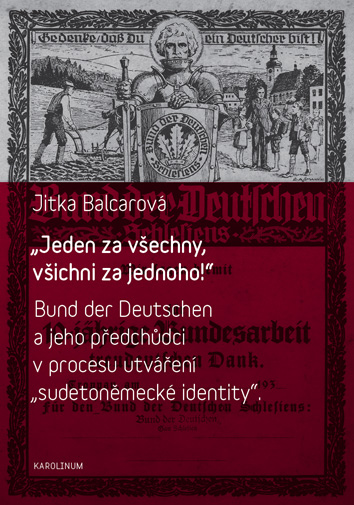 ["One for All, All for One"; Bund der Deutschen and Its Predecessors in the Process of the Formation of the "Suddeten German Identity"]

The nationalist "defensive" clubs played a significant role in the Czech Lands’ German society in the 19th and 20th centuries. Being an important element of the German nationalist movement, they stirred up ideological and political radicalization based on xenophobic nationalism in the public space. The roots of the escalated "nationalization" resulting in the absurd ideas of supremacy and world rule of the "German race," with the German core at its head, however, reached deeply into the 19th century and even further to the past. This clubroom environment was one of places where these ideas were concentrated, gained their vigour and spread among the wide strata of the German population in various forms. They became one of the elements of the formation of the identity of a "Sudeten German" of the first half of the 20th century. Drawing on an analysis and interpretation of extensive sources from Czech and foreign archives, the scholar reveals their essence, ideological platform and a wide variety of their activities.