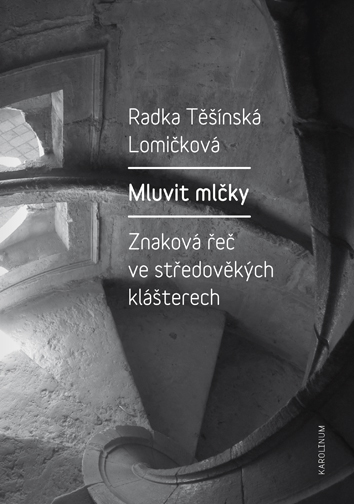 Sign language is an important phenomenon of monasticism which has existed for thousand years. The signs enable monks to pass an important messages even when silence has to be kept. The book focuses on Benedictine and Cistercian monasteries. It describes history of sign language from 10th to 15th century and shows that sign language was used even in Czech monasteries. The main attention is paid to the primary source, catalogues of sign language which resemble an explanatory dictionary. To understand some historical connections, parallels are sought among contemporary Trappist monks since sign language is still being used, though less and less.