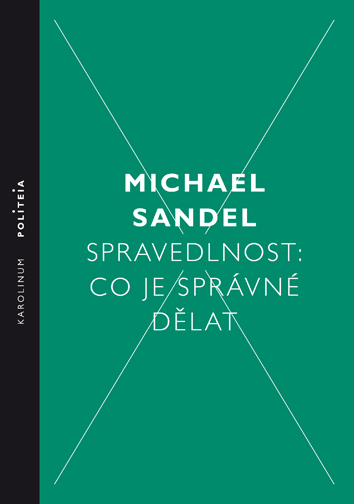 [Justice: What’s the Right Thing to Do]

The book version of Professor Michael Sandel’s (Harvard) popular TV show offers briskly paced, amusing chapters illustrated by current examples of justice issues. They cover the most burning moral questions which stir Western society: is it moral to save banks, to ask exorbitant prices, use positive discrimination when accepting university students or impose mandatory military service? They also reveal the anatomy of some key value controversies, including those about the value of the human body, the admissibility of homosexual marriages, and the collective responsibility of a community or the role of religion in politics. The scholar does not only focus on the "major” issues, but also on the "minor,” everyday ones, including the purpose of sports games, the ties that bind a family together and the demands of immigrants. Sandel renders a lively explanation of the thoughts of the classical writers focusing on political philosophy, such as Aristotle, Kant, Mill and Rawls. He claims allegiance to American communitarianism, which however does not prevent him from presenting liberal, even libertarian thoughts. The text can be used as a valuable introduction into political philosophy, accessible even to lay readers as it simplifies enough to open a discussion and allow for applying arguments inspired by the main streams of moral thought to many controversial issues of contemporary polis.