[A struggle for truth, hope and human dignity.]

This new monograph by Ctirad V. Pospíšil broadens the scope of previous research into the relation of Catholic theology to the discoveries of natural science over the past two centuries. The first section presents the relation of theology to astronomy, finding it non-conflicting. The second part focuses on the theological perspective of the evolution of fauna and flora, also being relatively open to the fact of evolution, however, not to its materialist conception.
The bone of contention was the vision of the rise of the mankind through evolution. This theory however sparked heated debates among representatives of disciplines other than theology as well. The scholar presents views of Czech theologians as well of those who related this conception of the origin of the humankind to the Christian creation theology and anthropology as early as the late 19th century and the early 20th century.
This theme, addressed in the Czech environment for the first time and seminal also internationally, documents that theologians did not take purely negative stances and that the acceptance of the origin of the human body through evolution was a relatively common standard in the Catholic creation theology as early as the 1920s, particularly in German-speaking countries, and correspondingly also in Bohemia and Moravia. 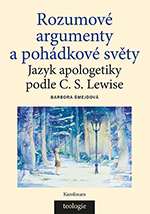 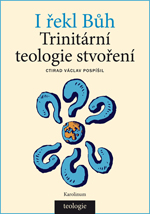