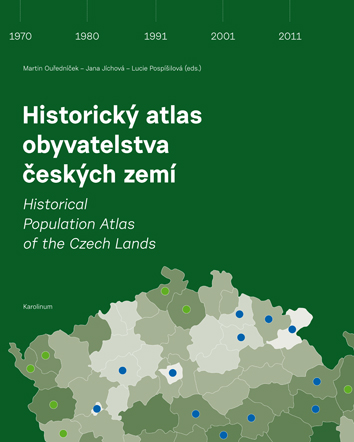 Historical Population Atlas of the Czech Lands is one of the first to use historical statistical data to evaluate spatial aspects of almost hundred years population development in Czechia. Its twelve chapters present various themes relating directly to population from a historical perspective, for instance migration, demographic, economic and cultural structure, social status, crime and elections. The team of scholars aimed to present time series of basic population statistical indicators from the beginnings of the independent Czechoslovak state up to the present time. In practical terms, the maps are based on the results of censuses from 1921 to 2011 including population registers from the post-war years. The atlas shows the development of selected indicators’ spatial differentiation within a single map sheet by a series of maps with a cohesive legend even though some indicators changed significantly over the course of the period.