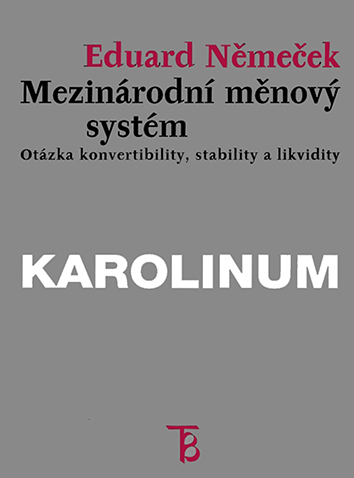 [International Monetary System (An Issue of Convertibility, Stability and Liquidity)]
On the basis of a historical view of the development of the international monetary system during the 19th and 20th centuries, the author offers a detailed analysis of the three main problems of the system: convertibility of currency, stability of purchasing power, and liquidity. The publication is characterised by its original concept as well as its precision. Special attention is devoted to the development of the European monetary system, its history, function, and transition into the European Monetary Union. The text is accompanied by many explanatory diagrams, graphs, and a detailed bibliography. The Czech version of the publication is used as a basic work in Czech faculties of law and economics.