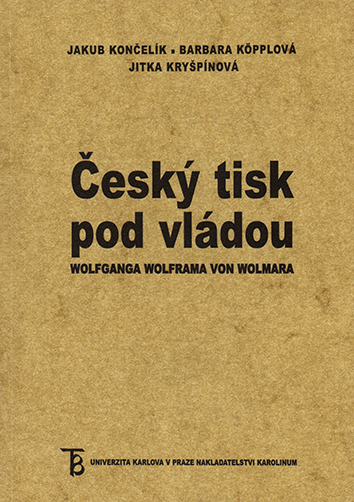 [Czech Press under the Reign of Wolfgang Wolfram von Wolmar]

This publication contains stenographic records made by the Czech journalist Antonín Finger at the press conferences which took place at the Bureau of the Reich Protector between the years 1939 and 1941. The editors have accompanied the individual records by official transcripts of the Press Department of the Protectorate government. The book also contains detailed notes with the data of the people mentioned in the documents. This edition is a suitable resource material to the study of the Nazi propaganda implemented in the Czech countries.