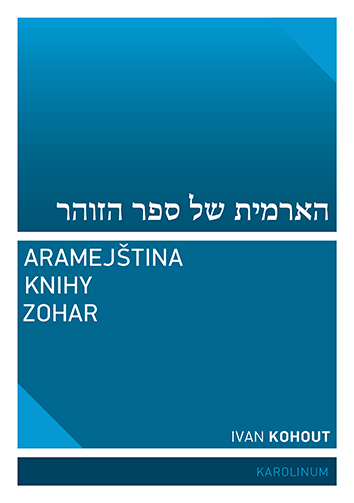 [The Aramaic of the Book of Zohar]

This monograph, entitled The Aramaic of the Book of Zohar, presents the essential morphological phenomena of the Aramaic language used in the Book of Zohar. The introduction presents an extensive scholarly discussion on the nature of the Aramaic used in the book of Zohar and captures the development of its perception from the first scholarly works, which labelled it a lowly artificial language, through the present day when it is classified as a natural literary language and part of a broader stream of the Aramaic medieval literary production.
Nouns, adjectives and pronouns are the first presented morphological phenomenon. In addition to the personal pronouns and their dual functions, as they can also represent the verb “to be”, attention is paid to demonstratives, question words and possessive pronouns. A larger part of the chapter focuses on nouns, their inflection, and the expression of ownership and obligation, and adjectives are covered as well. The second chapter, which is the most extensive, offers an overview of the verbal system of the Zoharic Aramaic: the realization of verbal roots in different verbal forms (participle, perfective and imperfective, infinitive, imperative and pronominal suffixes, which represent an important feature of the later, literary Aramaic). The three shorter final chapters cover selected adverbs and adverbial prepositions, conjunctions and numerals. Each overview of the morphological phenomena is illustrated on texts from the Book of Zohar, which also present fundamental topics of the Zoharic mysticism – the concept of God, Zoharic cosmology and cosmogony, anthropology, the theurgy of the performance of mitzvoth and tikkun olam, which is the conviction that this world can be transformed into a better world.
The specific nature of the Zoharic Aramaic is a challenge to anyone interested in the study of the Book of Zohar. This monograph helps mitigate this obstacle, while also being a valuable source for a comparative philological study.