This book addresses one of the largest social and cultural changes that occurred in the second half of the 20th century: the unprecedented growth of a new social category – the adolescents. The scholar analyzes the mentality of those in the transitional stage of life, which is characterized by life choices not yet made. In terms of numbers and importance, this new social category strengthened after World War II, in the period which was transitional for the entire society, from an industrial to post-industrial society. This book analyzes the context of the emergence of the cult of eternal youth, concentrated around the motifs of infinite desire, the denial of authority and the illusion of unlimited individual choice. The scholar documents the extent to which the cult of eternal youth inspired post-modern thinking and demonstrates how this way of thinking persisted in the situation of emerging hypermodern society since the turn of the 1970s.
This carefully cultivated cult of youth upsets real relations in the society. It helps cover up the fact that qualities, ascribed to the young generations, are in fact demands coming from outside and are provoked by the logic of the functioning of companies, politics and the media. The cult of eternal youth helps obscure the situation in which new generations come of age and takes the attention off of the real problems which they are facing. This artificially fostered cult relentlessly spurs members of all generations to higher efficiency in the interest of increasing the profit of primarily large companies and financial markets. 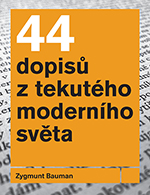