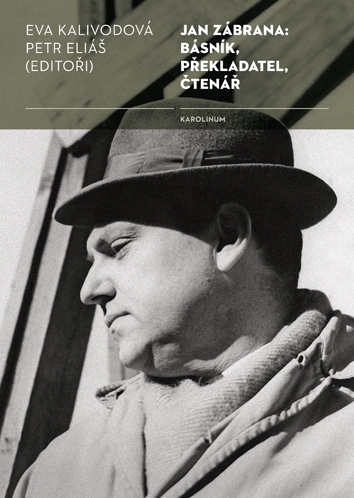 Jan Zábrana was one of the most distinct Czech writers and translators of the second half of the 20th century. Except for a few exceptions, the communist regime only allowed him to publish his translations; his own work thus remained eclipsed by his extensive and highly regarded translations until 1989. It was not until the 1990s, when his creative scope was fully uncovered, that the remarkable versatility of this author emerged.
During the first week of November 2015, the Department of Translation Studies, CUFA, supported by the Ministry of Culture of the Czech Republic, organized a conference titled Jan Zábrana: Poet, Translator, Reader. This collective monograph, edited by Eva Kalivodová and Petr Eliáš, represents the result of this conference, presenting the diverse paths Jan Zábrana’s life, translations and writing took. Essays and analytical texts written by many highly renowned names are complemented by sections of memories from Zábrana’s editorial colleagues, contributions by Marie Zábranová, a guard of the poet’s legacy, as well as examples of work of Zábrana’s promising followers. The texts are accompanied by documentary photographs and reproductions of unique documents, both personal and official.