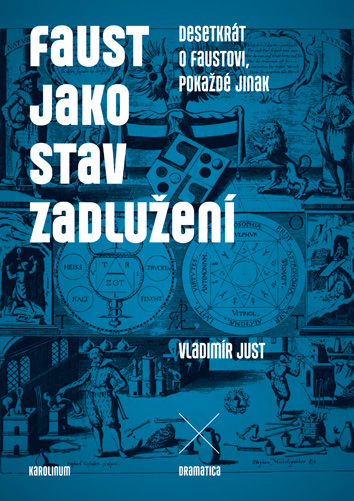 The story of Doctor Faustus represents one of the oldest and most significant European myths, whose topicality has recently been on an increase. While this may be good news for the myth, it is an admonition for us taking into account the point of the stories of Doctor Faustus. Vladimír Just, who has lectured on the myth and its transformation at the Faculty of Arts, Charles University, for twenty years, gathered and adapted papers from 1994–2013, attempting to view this phenomenon from different perspectives. These papers thus lead us through the myth itself, told from various points of view, which however have one common denominator: the scene of man’s contact, and later contract with evil. This very scene of an immediate gain and the far-off due date, which constitutes the core of the Faustus story, clearly inspired the title of the book, which obviously points to the contemporary interpretation of the ancient story: Doctor Faustus as a State of Indebtedness.