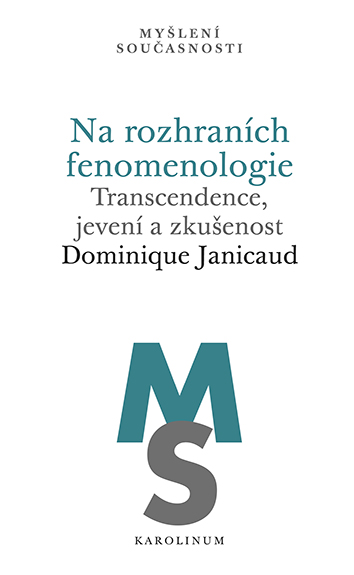 [On the borders of phenomenology]

Edmund Husserl defined a new philosophical theme: the field of experience. When Emmanuel Levinas speaks about Desire and the Other, to which experience do these ostentatously uttered words correspond? Can it be still claimed that their presumed content becomes a subject of a traceable philosophical reflection? And does contemporary phenomenology in France follow Husserl or Levinas? This is a simplified summary of the core of the animated polemics which Dominique Janicaud stirred up in 1991 with his book, The Theological Turn in French Phenomenology. In his 1998 paper "Open Phenomenology,” Janicaud revisited this theme specifying the positive core of the dispute by his reflection on understanding phenomenology in Heidegger, on the relationship between phenomenology and hermeneutics and on the prospects of the "minimalist phenomenology,” which would give up the metaphysical demands and take advantage of the inspirational sources from Husserl, Sartre and Merleau-Ponty through to Wittgenstein, Dennett and Deleuze.

Dominique Janicaud (1937–2002) gained his prestige primarily as an expert on the French reception of Heidegger’s work. His treatise on the "theleological turn” in French phenomenology is generally perceived as a significant contribution to the self-reflection of contemporary French thought.