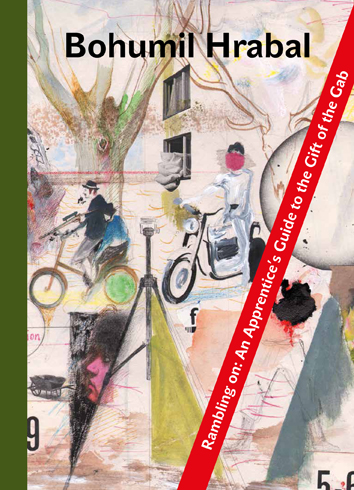 My posts on Hrabal have made it clear how much I enjoy his books, and this collection of short stories may be my favorite yet. The reader is immersed in the sylvan Kersko settlement located in Bohemia, where the forest, cottages, byres, and pubs are populated with memorable people and animals.
[…]
The stories are funny and often frivolous, but they also take on a serious and bittersweet tone when broken dreams of what might have been come into play. Dark and troubling components, barely lurking beneath the surface, add ambiguity on how to read Hrabal’s stories. I’ll focus on some recurring themes in these stories that highlight that ambiguity.
[…]
There’s more in these stories, including echoes of history and meditations on eventual death, for the reader to explore. Thanks to Karolinum Press for putting out another wonderful book (and the University of Chicago Press for distributing it in the U.S.). I think this collection would be an excellent starting point for a reader wanting an introduction to Hrabal’s writing. Very highly recommended.
Dwight ( The Mookse and Gripes, May 27, 2014)


In the West, Hrabal’s reputation has grown since the late 1990s, with fine translations by the late James Naughton, whose version of Cutting it Short will be re-issued as a Penguin Modern Classic in May. More recently, the Karolinum Press published Rambling On: An apprentice’s guide to the gift of the gab, delightful tales of mischief and wonder set in and around the author’s Kersko hideaway. David Short’s translation captures the rough jewels of Hrabal’s rhythmic and roaming phrase-making, which, more often than not, culminates in an astonishing tenderness laden with little wisdoms.
“Translating Hrabal is always a challenge”, says Short, “for the richness of his vocabulary and the complexity and bizarreness of his syntax.” The Czech poet Katerina Rudcenkova agrees: “I love Hrabal’s unbounded language, playfulness and energy. And the sadness, too”.
James Hopkin (TLS) is the current writer-in-residence in Prague, Unesco City of Literature