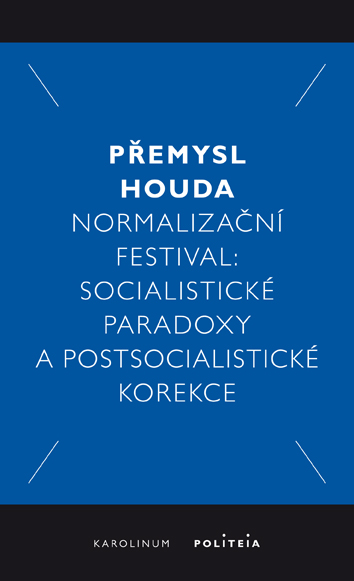 Normalization Festival is a monograph focusing on the period of late socialism in Czechoslovakia, particularly on the late socialist public environment that is nowadays often viewed a priori as toxic.
The monograph features organizers of folk and country concerts, the people who were active in this scene and thus co-created it (and to a certain extent also changed it along the way). Their everyday activities exemplify the problematic nature of today’s mainstream methods of depicting late socialism, which makes the book a retrospective discussion using now established terms, such as gray zone and islands of freedom.
Using scholarly literature, particularly creative interpretation of texts written by anthropologist Alexej Jurčak, it offers an alternative model of a narrative about the period of late socialism, with the Möbius strip, mentioned at the beginning of the book, being possibly an umbrella metaphor.