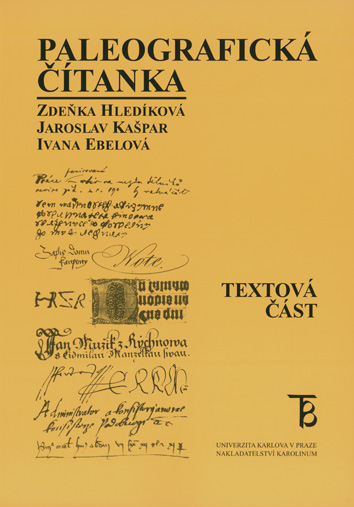 This palaeographic reader is meant for student archivists and history students, as well as anybody else interested in reading old texts kept in Czech archives and libraries. It presents samples of written texts with their transcripts and (in the case of texts in a foreign language) also with a linguistic commentary or a translation. The reader is composed mainly of texts that were created in the Czech lands between the 9th century and the beginning of the 20th century. The samples are in chronological order and the authors have subdivided them into three levels of difficulty for the purpose of practical use in class.
Second edition