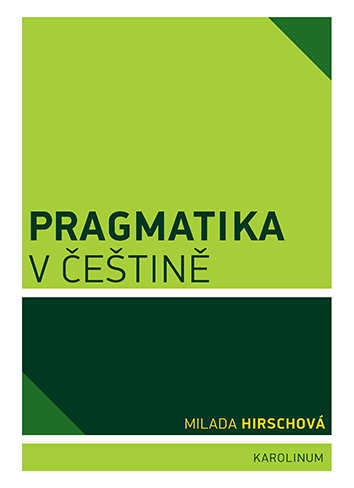 This monograph, Pragmatics in Czech, deals with phenomena from the point of view of the Czech language, which have as a whole come to be known as "Pragmatics." Compared to the first edition (Olomouc 2006, sold out for several years), it contains newly defined theoretical statement ("moderate pragmatics") and newly conceived thematic areas. For the first time ever in Czech, this book covers the subjects of temporal and space deixis. The chapter on speech acts takes a new look at the core of so-called performativeness, and the theory of implicatures also presents themes presented in Czech lingistics for the first time. Attention is also paid to new developments in the theories of (im-)politeness and metapragmatics. The subjects are arranged so that the pragmatic phenomena could logically follow one another to the greatest extent possible in gradual layers. It is the first and currently the only methodical book on pragmatics in Czech linguistics.