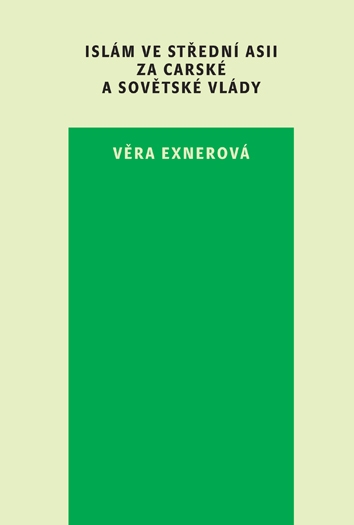 [Islam in Central Asia during Tsarist and Soviet Regime]

The book analyses role of Islam in the society of the Farghona Valley during Tsarist and Soviet regime. Its aim is to explore what role has Islam played in local Muslim society after more than one hundred years of Russian dominance in the region and what meaning it had in understanding of individuals and their actions within relations in family and local community. The author argues that in order to understand the question it is necessary to analyze not only politics towards Islam, but also impact of economic and social changes on relations in family and local community, changing roles of various Muslim institutions and meaning Islam had in life of local society. Furthermore, the author argues that the standard intepretations of the processes which are looked upon through the dichotomy of official/unofficial, traditional/modern or religious/national are not applicable in this case and propose alternative methodology to the current discourse while taking into account the specifics of Islam not only as one of world religions but also as a social system as it is. The author belives that a sound analysis of the Muslim society changes in the Soviet Central Asia will lead to better understanding of the current processess taking place in the region. The book is based on archival materials from the National Archive of the Russian Federation and the Russian State Archive of Contemporary History, ethnographic data of Russian academicians working in the field in the 1970s-1990s, own field research, and other Russian and Western published materials.