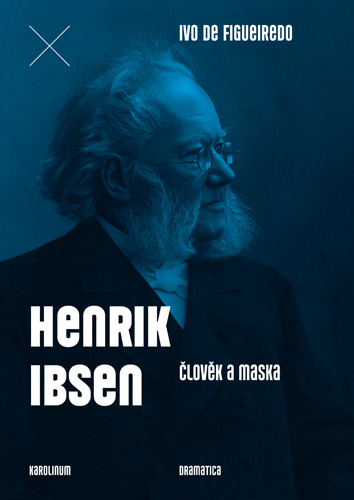 [Henrik Ibsen. The Man and the Mask]

This book, written by Norwegian historian Ivo de Figueiredo, is the newest biography on world-renowned playwright and poet, Henrik Ibsen. It undermines deep-rooted myths and allegations concerning Ibsen’s life, which over the course of history almost became invincible truths. Czech readers recognize Henrik Ibsen primarily as one of the founders of "realistic drama”; this monograph however presents both his dramatic and poetic works and his life in a broader European context. The scholar proceeds chronologically, unveiling what kind of a poet Ibsen wanted to be, which poetic movement was his starting point and what kind of a poet he was to eventually become, as well as the conditions which defined his work, and primarily how he was perceived as a poet and what kind of reception his work gained.
The Czech translation of this monograph fills the gap in literary history that has been long apparent to scholars. Henrik Ibsen. The Man and the Mask provides scholars and students of theatre studies as well as the wider public with an easy to read, professional and high-quality account of the life and work of this playwright whose works have been staged in Czech theatres and whose popularity has remained high.