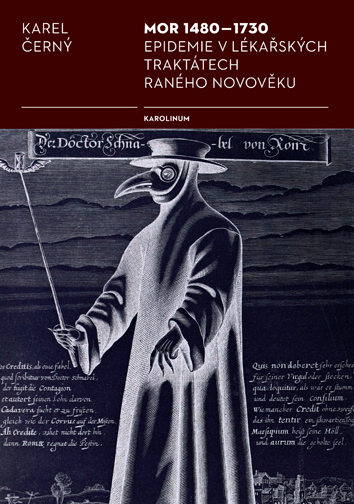 The plague, which arrived during the 1340s, foreshadowed a long period of recurring deadly epidemics. None were exempt from the danger, as the “black death” regularly affected the rich shopping centers in Italy just the same as the sparsely populated regions of Scandinavia. It was not until the beginning of the 18th century that the disease disappeared from Europe just as mysteriously as it had appeared four centuries earlier.
The plague was not only a source of panic, drastic sanitary measures and moral self-reflection, but it also represented a complicated medical problem. During the period from the height of the Middle Ages up to the Enlightenment, countless treatises on the subject were created.
This publication deals with the gradual changes in opinions on the plague in several areas among physicians in the early modern age. First of all it takes a look at the development of contemporary medical literature, examines the influence of modernity or conversely traditionality and the way in which various authors conducted their scholarly disputes. In the following section, based on selected sources from many regions in Europe, it follows the main theories on the origin of the plague, including ideas about bad air, opinions on the contagiousness of the disease or the doctrine of the spread of the disease by human senses. It further describes what Renaissance and Baroque era physicians recommended to their clients who wished to protect themselves from the plague. These included a wide spectrum of preventive measures starting with quarantine or evacuation from an infected area, or adhering to a suitable diet, up to using various types of amulets. The last part of the book describes the early modern treatment of infected patients, both through the application of medicines or “surgical” methods (blood-letting or opening plague buboes).